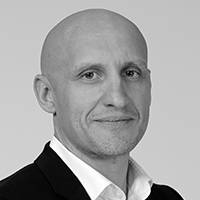 The global cognitive distortion
of panic and COVID- 19

Where did all the toilet paper go? Snapshots of empty store shelves, low levels of storable staples like rice and noodles, and city- states raising emergency levels have served to escalate panic- buying and even shopraiding in some parts of the world. In places like Hong Kong, goods like toilet paper have become scarce and valuable enough to warrant aggravated assault and even hijacking of delivery vehicles. In Sydney, a desperate customer in Woolworths even pulled a knife on a fellow toilet paper treasure hunter in what must have been a bizarre standoff over a solitary roll left on the supermarket shelf.

Justin Wolfers, an Australian economist and professor at the University of Michigan, jested in an interview with Forbes magazine that the solution is obvious. Governments around the world need to establish a ‘national toilet paper reserve’ similar to what the US government did in the 1930s to stop a run on banks. South Africans are well aware of the similarities, particularly those who held Saambou accounts in 2002.

The result is a perceived lack of control in a particularly uncertain time. We know that belief in our ability to exert control over our environment is critical to well-being.

These cognitive distortions stem from heuristics or thinking shortcuts. Marketers in the Western world have done a great job at reinforcing a belief system that buying stuff solves our problems. The challenge is that we’re not entirely sure of exactly what the extent or magnitude of these problems is. Furthermore intense media scrutiny that requires minute-by-minute content generation for a flow of news is destined to provide mixed messages, as the story evolves over time, depending on when you consume the news and how often.

The result is a perceived lack of control in a particularly uncertain time. We know that belief in our ability to exert control over our environment is critical to well-being. It has been argued that the perception of control is not only desirable, but likely a psychological and biological necessity. What we’re doing here in response to uncertainty is taking a little control over a situation through problem-solving (buying stuff) and one that requires little cognitive strain. We don’t need to think too much about buying toilet paper. Humans are cognitive misers. This makes us prone to something called the ‘affect heuristic’, where we can make a quick judgement on something based on our feelings towards the stimulus without the time and effort it takes for more sensible evaluation. So, it’s less about the facts themselves and more about how we feel about the situation. Thousands of South Africans die from the common flu virus every year, not even to mention HIV, yet these have become familiar, which often results in apathy. The ‘recency effect’ will place a disproportionate effect of mortality rates on the mostrecent disease, making it appear more dangerous.

Pair the above with activity on social media platforms (like Facebook and even WhatsApp) ablaze with memes, photos that celebrate finding these scarce goods, jokes and a fair number of half-truths, and the most sensible thing to do appears to be to reduce risk by following the herd.

Another angle comes from Richard Thaler, American economist and winner of the Nobel prize in economics in 2017, who proposed that we get a second type of utility or benefit when making purchases. The first is economic or consumption utility, which is all about perceived value when compared to a selling price. Thaler, however, proposed that there is a powerful second type of benefit called ‘transaction utility’. In a nutshell, this is the feeling we get that we are particularly smart for finding or discovering a bargain. When transaction utility is very high, we’ll happily buy something that has little consumption utility for us, because the benefit we’re getting rests not in it solving a problem, but that we found a particular solution in the first place.

Whatever the rhyme or reason, what does this noise mean in the long run? Retailers will benefit from the utility of panic buying in the short run of course, but naturally this will reverse. People have a lot of toilet paper but won’t need more and so long-term normalisation in sales is inevitable. The ripples of politics, economics, social and technological change are just that. We need to remember that these require little attention and even less action on our part, as we continue with slow and steady march towards our long-term investment goals.

Paul was partly responsible for institutionalising the client advisory framework from Barclays in the UK as part of the Absa relationship from 2011 to 2016. Barclays were pioneers in applied behavioural finance and demonstrated the value of gauging and managing investor behaviour. Paul set out to understand South African investor behaviour when he joined Momentum Investments in 2017.

He established and now chairs a South African first behavioural finance research group with leading Universities and institutions locally and abroad. He is a member of the Financial Planning Institute and is an examiner for the Principles of Portfolio Planning advanced postgraduate investment diploma (UFS). Paul completed his MBA with distinction at Edinburgh Business School in 2017 and recently concluded a Masterclass at the renowned iNudgeYou Institute in Denmark.

Popular press has not been
shy in advocating investing
offshore.

In love with
the familiar

by Greg B Davies

The right and wrong ways
to deal with our preference
for the known.

To enhance your user experience on our site, learn more about our supported browsers